July 31 was Lydia’s half-birthday. Two and half, to be exact. And it feels like a huge turning point. I can feel the baby moments slipping away, as she grows more articulate and more independent each day.

Here’s just a handful of the adorable not-quite-baby, not-quite-kid-yet things she says & does lately:

– She says “slotion” instead of lotion, like “Baby needs some slotion.”

– She says “li-buh-wit” when she means little bit, like “Put li-buh-wit in my hand?”

– Anytime she gets nervous (or simply wants to be picked up) she comes close to me and says, “Mama’s got chu.”

– Though she’s mostly grown out of it, she used to say “compingo” instead of computer. (Some friends of ours figured she was speaking Polish.)

– If I hurt myself, she runs over to kiss it, and then she asks so sincerely, “Is it better, Mama?”

My mom and I often celebrated my half-birthday growing up, so I wanted to do something fun with Lydia for hers. On Monday we spent the whole afternoon at the park.

Then after Rafal got home from work, we drove to Gardiner and sat on the Tumbleweed patio. We drank iced teas, and Lydia had some milk. She seemed to grow older by the minute. 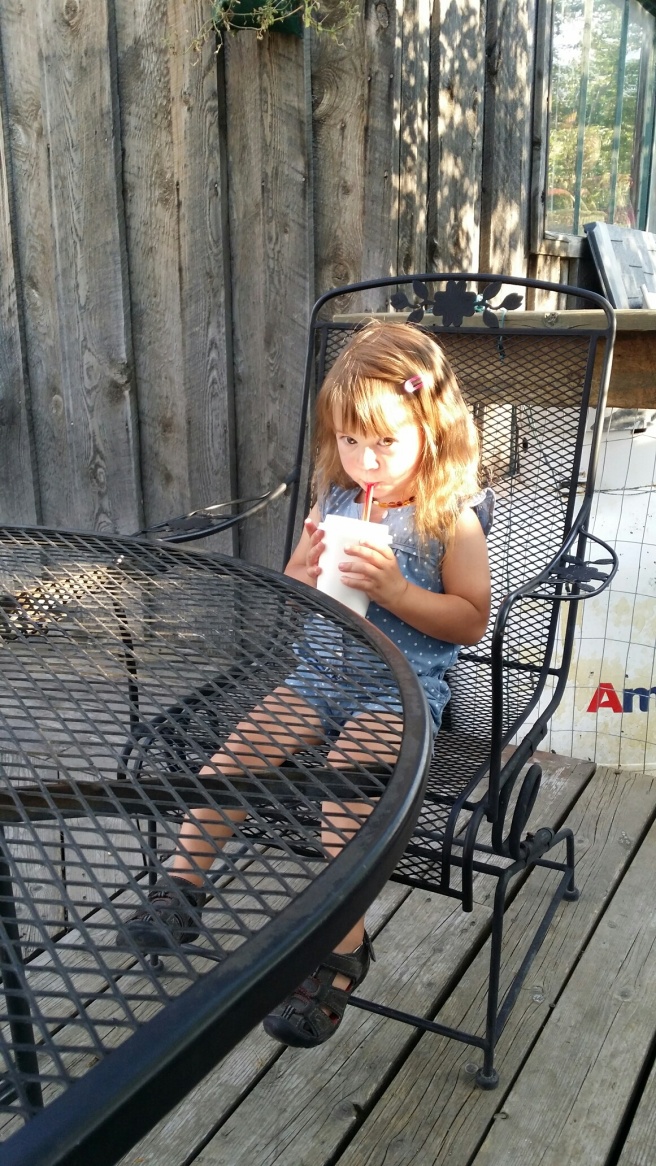 All week long, Lydia wanted to go-go-go. Each day she would say, “Go to silver car! Go to silver car!” (Because she loves riding around in our big Nissan Pathfinder.) And when we would we say, “No we’re not going in the silver car right now,” she’d come back with: “Go to blue car?”

With a stroke of luck on Tuesday, I was able to get almost all of my writing work done, which freed up Wednesday afternoon and most of the day Thursday for fun stuff. So after Lydia’s nap on Wednesday, we got into our swimsuits and piled into the car. We drove just two miles down the road, switched over the stroller, and then strolled down the 1/2 mile walking path to the boiling river. 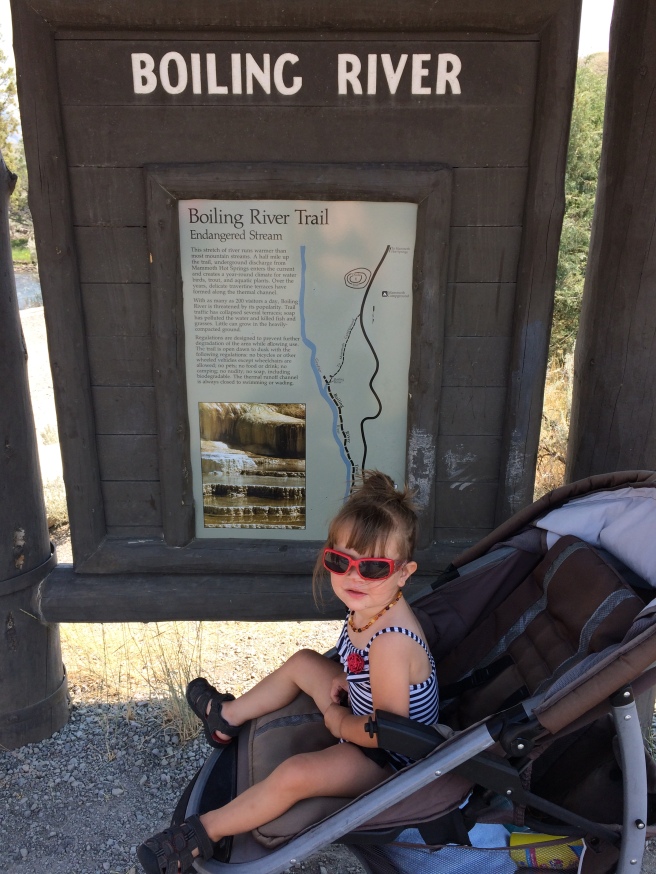 The next morning, I had to go in to Gardiner to see my chiropractor, and of course my side kick came along. (The chiropractor is so great her with her; he has Lydia put her hands on my back and to help adjust Mama.) Afterward, we needed to kill some time before our Thursday playgroup, so we spent some more time on the patio of the Tumbleweed (conveniently right next door to the chiropractor), drinking smoothies and saying hello to the chickens. 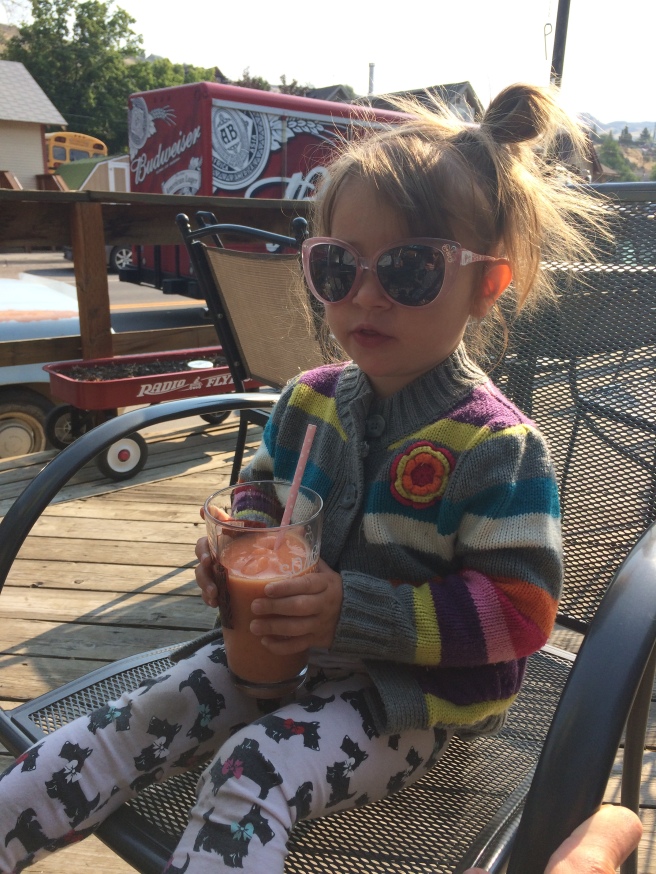 Then we made our way to the Gardiner elementary school playground, where Lydia spent the next two hours running and playing with her friends, and I got to chit-chat with the local moms.

I’ve said it before and I’ll say it again: newborn babies are not my forte. The first year of Lydia’s life was tremendously difficult, and the second year was pretty hard too. To all the parents who said I would miss those baby days: I don’t miss them at all and I don’t think I ever will. When friends of mine with tiny ones exclaimed that “they’re growing too fast,” or that they wish “time would slow down,” I simply couldn’t relate.

But now! Now I do wish time could freeze, that minutes could slow, that this moment could extend itself into all directions. We’re in such a good groove, me and her. Of course, what makes her so delightful is the fact that she’s learning and growing with such voracity, such enthusiasm, gathering life in two small open arms. 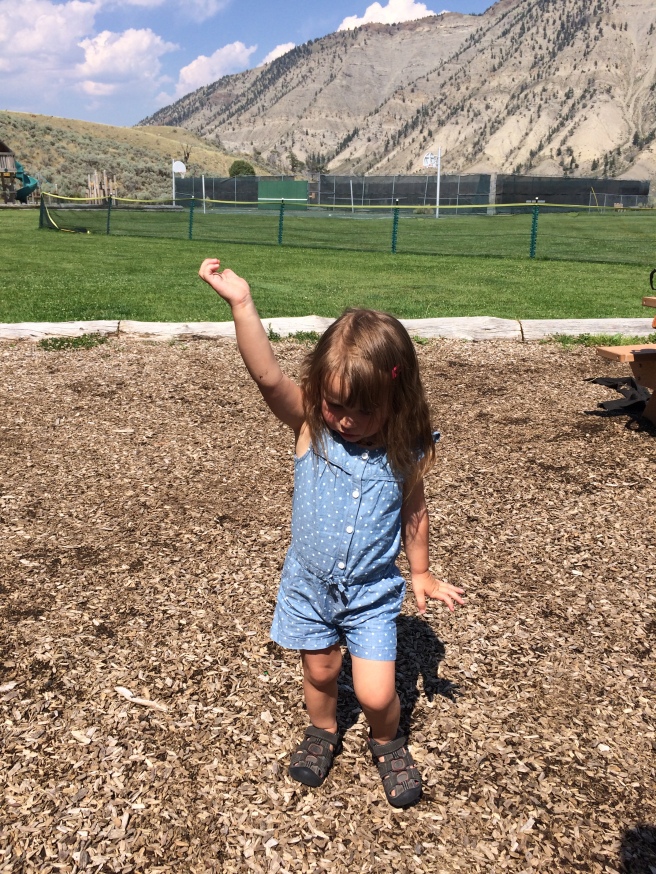 So in what feels like her final six months of babydom, I’m trying my best to be present each day. I’m working to bolster her journey and fuel her zest for life. I’m trying to let her be more than what I can make of her, more than what I am, beyond the limits I secretly wish for but won’t let myself implement.

So is so big and so smart, y’all. She really does blow me away. 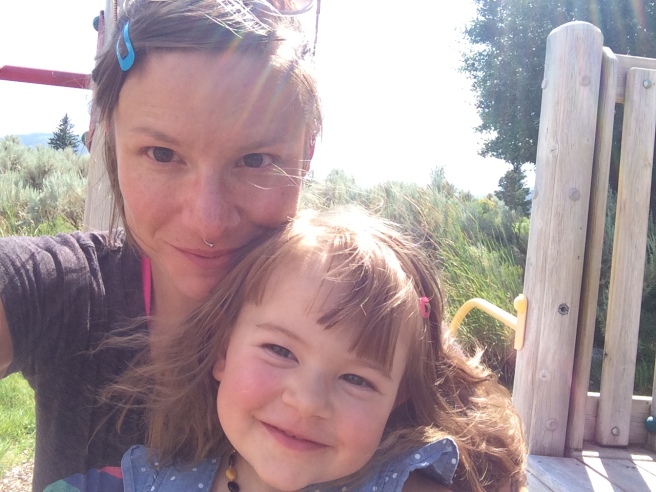